Get An Instant Solar Estimate

On February 15, 2021, Texas experienced one of the largest blackouts in U.S. history. Millions of Texans were left without any power, during extreme cold weather conditions, which led to many families struggling to keep their families warm. Since Texas separated its electric grid from the rest of the U.S. many families went days without electricity, or heat. 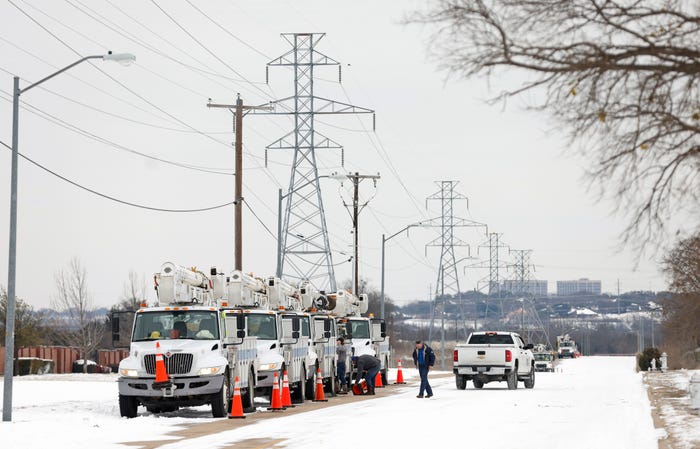 Texas Governor Greg Abbott was quick to shift the blame to renewable energy sources being the lead cause of the statewide blackouts, while many pushed back against that idea. This has led many to question, who is to blame for these deadly power outages? Unfortunately, the answer may not be as simple as being able to blame any one person or energy source.

Clean energy is often blamed for issues when it comes to grid failures or power outages, and this most recent crisis is no different. Many blamed wind turbines freezing over as a main issue, despite wind energy only accounting for ~10% of the state’s energy generation and despite many wind turbines not freezing over. Some even blamed solar energy despite solar power making up ~1% of the state’s energy generation, as well as reports that many solar panel & battery backup users were able to keep their power on even during the extreme weather conditions.

Many people have started to blame the state’s lone energy provider ERCOT (Energy Reliability Council of Texas) for the massive blackout. The state of Texas wanted to have a separate grid from the rest of the US, to maintain their independence, which allowed the state to privatize its utilities. The Washington Post blames a “financial structure for power generation that offers no incentives to power plant operators to prepare for winter” and an energy grid that “puts an emphasis on cheap prices over reliable service.” The main issue that many Texans will have to weigh moving forward is, “whether its participants are willing to pay for the sort of winterization measures that are common farther north, even for a once-in-a-decade spell of weather.” Most Texans would agree that this extreme cold weather is not normal for Texas, although many climate activists would argue that it will likely happen again. 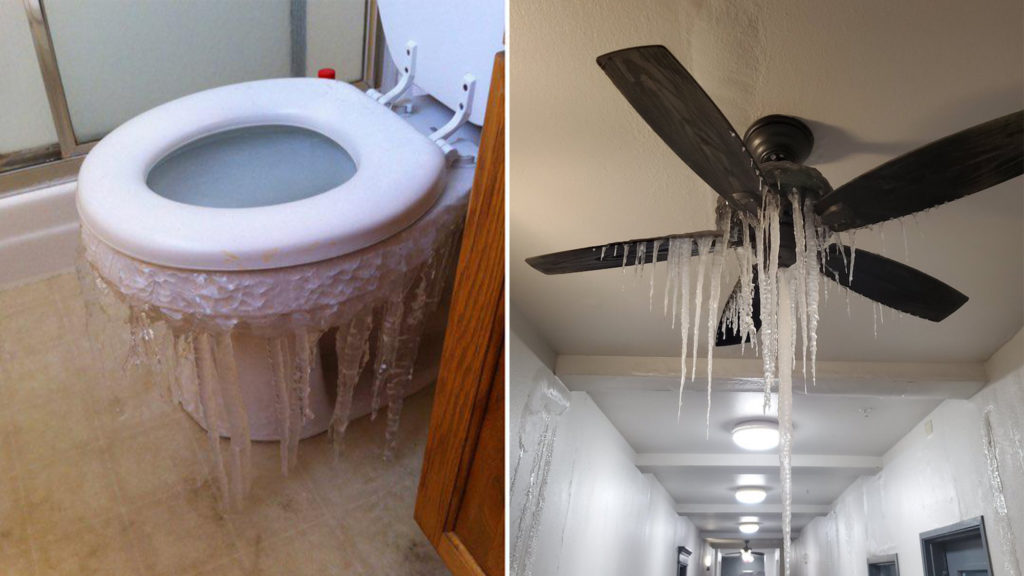 How Can Solar Help?

Solar energy was still able to continue generating power during the winter storm, even with dark clouds blocking the sun, with the help of energy storage. According to SEIA(Solar Energy Industries Association), hundreds of customers that “invested in solar and storage have been able to keep the power on and keep space heaters running through the night.” This was possible because the solar panels will not only power your home but also recharge your batteries so you can use your batteries at night once the sun has set.

Pairing solar panels with battery backups does more than just keep your lights on during power outages. Many customers use energy from their batteries during peak hours to help offset high energy costs. This usage also helped many customers avoid an extraordinary rate hike due to the extreme demand for energy during the winter storm. An article by CNBC states that the “power price is usually about $20, $30, $40 per megawatt hour, and because of extreme events, the price of power hit the $9,000 cap.” This caused many Texans energy bills to spike, with some as high as $16,752. When you go solar you can lock in your energy rates and avoid energy rate hikes caused by rising energy demands. 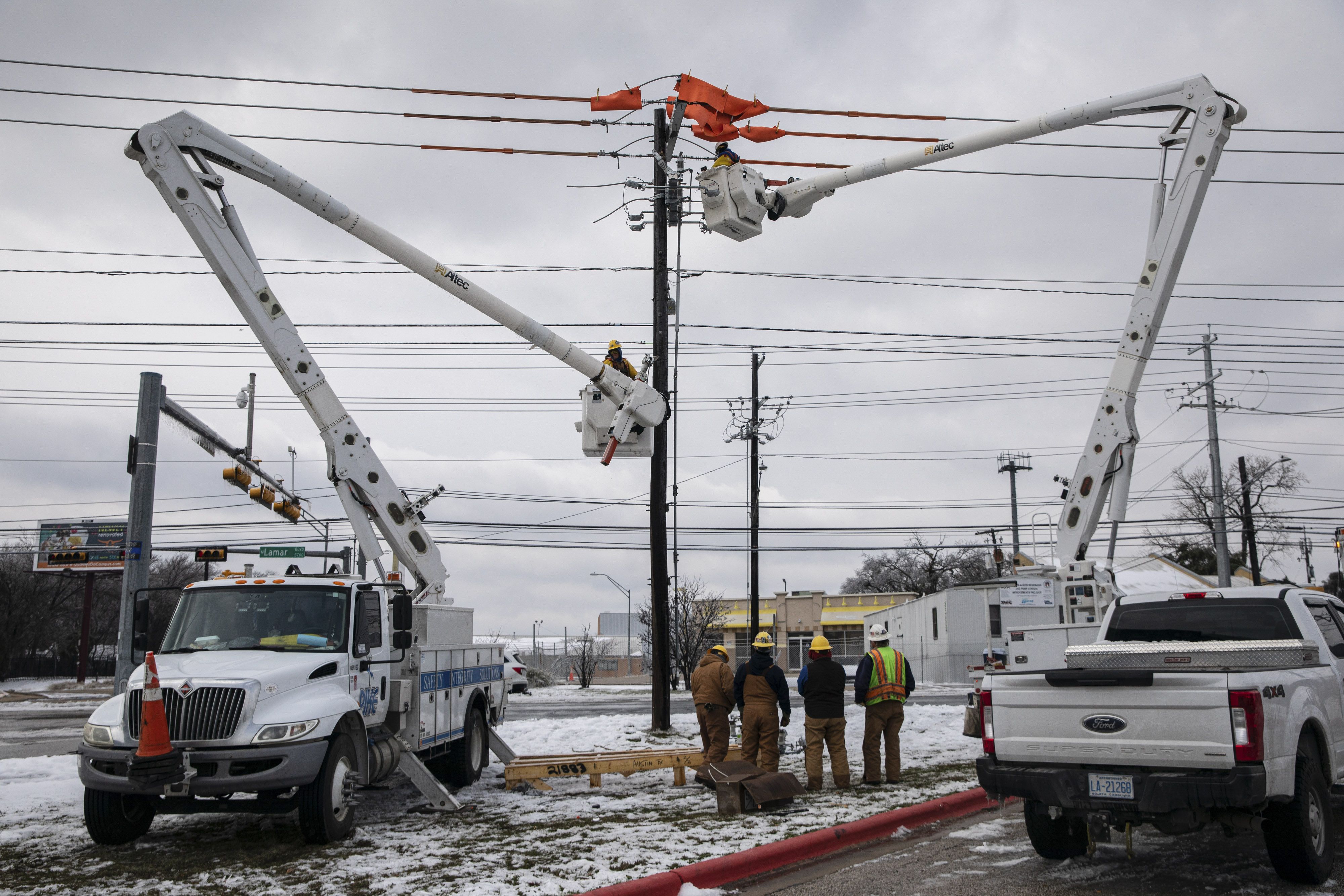 Another taboo topic for clean energy has been the effects of climate change. Clean and renewable energy sources have been proven to help lower carbon your footprint, compared to oil and natural gases. However, it is becoming increasingly clear that climate change will not only affect our weather patterns, but it will also test our infrastructure, that was not built to handle many of these extreme weather conditions.

Whether it is this most recent winter storm in Texas, or the wildfires of California, our infrastructure is in serious need of upgrade. Many electric grids that we use today in the U.S. were built back in the 1950’s, and many had an estimated lifespan of about 50 years. Now that we are past the expected lifespan of most electrical grids, we are constantly trying to patch holes rather than look to a longer-term solution.

No one energy source can be blamed for the crisis that has hit Texas, it is a failure on multiple fronts that turned the situation from bad to worse. In order to get in front of any future energy issues, Texas should begin investing in the technology that has proven it can withstand extreme weather conditions, like solar power with battery backups. Another way that Texas can make sure that this does not happen again in the future is by winterizing, and upgrading, current energy sources to make sure that even extreme colds will not slow down energy production.

The solar industry is continuing to grow and with more customers adopting solar energy than ever before, the future of solar looks bright! If you are interested in taking control of your energy, or you simply want to avoid any more power outages, then it may be time for you to upgrade to solar energy with energy storage. Contact us today to find out more information about the benefits of going solar with a battery and how you can protect your family from power outages.

Take your first steps in creating a brighter future

By submitting this form, you consent to receive emails, text messages and phone calls at any phone number you provide, even if the number is a wireless number. You agree that such calls and texts may be made using automated technology and that you are not required to provide consent to these calls to make a purchase from us.